Brenda faced the challenge of making her rich and robust findings from an in-depth, four-staged, mixed-methods study digestible for a wide audience within a 90-second timeframe. Prior to starting the animation project,numerous objectives and target audiences were highlighted; Brenda wished to create an animation that summarised and captured the findings of an under-researched topic to not only help charities and organisations that deal with aging create effective community-based interventions, but one that could also speak to the communities that were involved in the research.

The challenge was to ensure that each of these objectives were addressed, to condense the multifaceted methodologies and findings into a short timeframe,whilst still retaining its key messages, and to appeal to a wide-ranging audience, whilst staying mindful to the topic and the communities involved 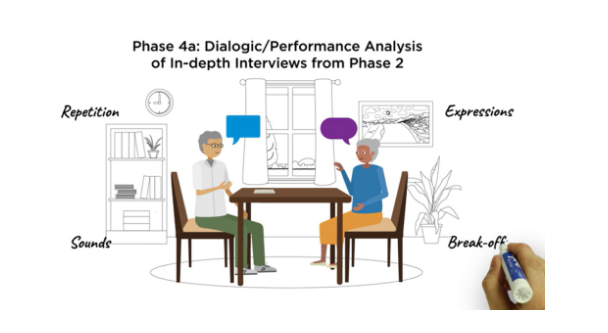 To kick-start the project, the editorial team had a chat with Brenda to discuss her aims and objectives, and to create a plan for what would be the most effective way to convey her research. After exploring existing animations that Brenda liked, we discovered that one of the unifying elements across the animations was the flow of the narrative and the ‘SCQA’ structure – to set the scene and then build to a positive outcome. We therefore agreed that this would be a suitable structure for Brenda’s animation.

As there were multiple objectives and audiences involved in the animation, we boiled the focuses down to the organisations creating the interventions and the communities involved. In order to speak to both audiences, we would have to condense the PhD research down effectively to highlight its key points and adopt a warm and empowering tone that will inspire those involved.

In terms of the content to include, we decided that we would begin by introducing the issue, and then go onto briefly summarise the PhD in its separate four stages, and then finish by homing in on the important 8 key findings – these would be the focus of the animation, which would be highlighted through engaging captions and visuals for each finding. 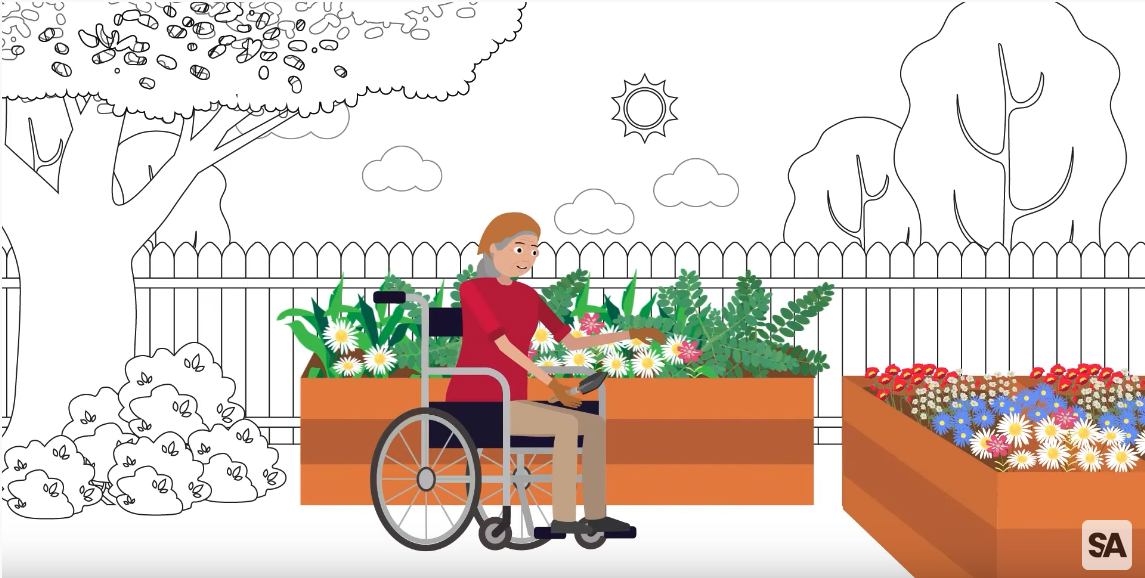 Brenda absolutely loved the animation and was extremely pleased with its success in effectively conveying many years of important research, as was her department who shared it on their university website: http://www.sussex.ac.uk/socialwork/cswir/.

In a follow-up meeting to discuss her experience with us, Brenda mentioned that she uses the animation to showcase her work at every opportunity and has received great feedback from everyone she shows.

The animation was even included as part of her nomination for the Campbell Collaboration Farah Jamal Award 2021 – of which, to our delight, Brenda was named joint winner for. Brenda believes that the animation played an important role in her outstanding achievement.

We feel fortunate to have worked with Brenda and to have supported her in optimising the outreach and potential impact of her important work. 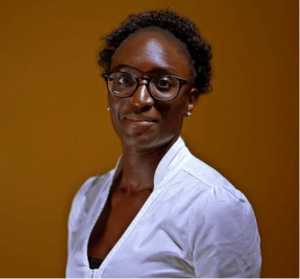 “The finished animation is brilliant! It relays the key messages of my doctoral research in an accessible way that is both fun and professional. I appreciated having a dedicated team to guide me through the entire process. Rebecca and Juliet ensured that I was aware of the role that they would play and also what was required of me. I work full time, so they were patient and happy to work at my pace. It was great to have so many options to choose from in terms of the music, voice over options, colour schemes, and animations. In addition, the team’s creative input enhanced my initial ideas resulting in an animation that surpassed my expectations. After the animation was completed and launched, Science Animated ensured it was viewed by many by sharing it on different social media platforms. This service was extremely helpful as I don’t think I would have been able to garner as much attention if I was left to disseminate it on my own. I mainly use my animation to explain the basics of my PhD project to new acquaintances. I have also shared it with all who were involved with the study as well as with my students when I teach. My email signature and social media accounts have a link to the animation to ensure that it reaches as many people as possible. The animation gives people an initial understanding of my project and invites further engagement with those who are interested in tackling social isolation and loneliness among older people from minoritised ethnic group.”